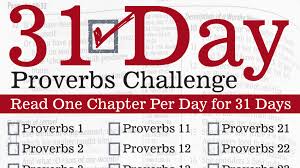 Proverbs 10 begins the “Second Major Section” with short couplets (two statements that are connected often with but, and or so… ex: “hatred stirs up strife, but love covers all sins” that cover a wide range of topics.

This is good opportunity to remind us again about the nature of Proverbs.   They best treated as general truths not specific guarantees for every situation mentioned.  They are intended to communicate the general truth that the life of the person who seeks God is better in the long run than the life of the wicked person — a life that leads to ruin.

10:1  “Father” and “mother” are of course the parents of the household, and the proverb points out how much their happiness as a family depends on the child’s behavior. The collection emphasizes the economic aspect since sons were responsible for the care of parents in old age. They could either squander the family estate or build it up. This section forces the young man to face the economic responsibility he bears for the family.

10:2  This verse implies that God will not bless the family if the son tries to enrich it by crime or corruption.

10:3  The security of the wise is not strictly based on their work habits. Even the hardest working are subject to powers beyond their control. It is the Lord who protects them from starvation. Nothing else the son might ever do can have as positive an impact on his family as a life of faithfulness to God

10: 4  The point is that diligence leads to wealth as laziness to poverty.

10:5 Verse 5 is obviously drawn from agricultural life, but it has implications in other areas as well. Any son who helps his father when he needs him most is wise and a son that lets his father down when his father most needs him greatly disrespects his father.

10:6–11  Deceitfulness is the mark of the wicked, but the godly are known by the evidence of God’s favor upon them and their correct use of words (vv. 6, 11). The righteous secure their place in the world, whereas a life of deception will eventually be exposed and face disgrace (vv. 7, 9).  It’s wise to listen with discernment and “consider the source” when weighing someone’s words (vv. 8, 10).

10:13–14  The wise use their words carefully, but fools bring suffering on themselves by their words. The two proverbs together reinforce this idea.  The wise avoid trouble by not engaging in verbal retaliation and slander against others.

10:15–16 By itself v. 15 states the obvious if not somewhat cynical truth that it is better to be rich than poor. But this verse is brought into perspective by v. 16. While money may provide a measure of protection, money wrongfully gained carries the sentence of death with it.

10:17  Do you listen to correction?  It leads to life, to refuse correction is to go astray.

10:18 By hating another person you may become a liar or a fool. If you try to conceal your hatred, you end up lying. If you slander the other person and are proven wrong, you are a fool. The only way out is to admit your hateful feelings to God. Ask him to change your heart, to help you love instead of hate.

10:19–21 The use of the tongue is the theme of these three verses. The message here is that you should be careful about who you listen to and that when a person talks too much, that is a good sign that his words are not worth hearing.  Words from a good person are valuable (“choice silver”). A lot of poor advice is worth less than a little good advice. It is easy to get opinions from people who will tell us only what they think will please us, but such advice is not helpful. Instead we should look for those who will speak the truth, even when it hurts. Think about the people to whom you go for advice. What do you expect to hear from them?

10:22–25 Only through righteousness and wisdom can one attain real security in life. The righteous can have wealth without the trouble that often goes with it but the wicked will ultimately be brought down by the disaster they fear (vv. 22, 24). And while the wicked find great amusement in their crimes, they will not survive a real calamity when it comes (vv. 23, 25). Verse 25 may be behind Matt 7:24–27. That some of the sayings in Proverbs would be the source for Jesus’ teaching is no surprise.

10:26  Just like smoke and vinegar are irritable to the physical senses, the lazy person is irritable in an emotional sense and to the fabric of society.

10:27 Verse 27 makes the general statement that those who fear God will live longer than the wicked. This is not a fixed law with no exception but a general truth the wise will pay attention to.

10:28  The point is that the righteous will not see life as a bitter disappointment but will have their fondest hopes fulfilled.

10:29  God gives strength to the righteous and destruction for the unrighteous.

10:30 To have a place in the land is to have security and refuge, in contrast to the wicked who will have neither long term.

10:31–32 The theme of these two versed is the use of the tongue. The morally upright speak what is wise and pleasing. But, perverse words only invite punishment.