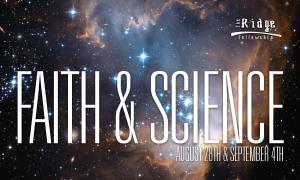 The Bible is not a science textbook but scientists discover truths that are mentioned first in the Bible.  Here are some examples in science.  What is listed is the discovery in science who discovered it and where it is mentioned in the Bible:

Isaac Newton was a Christian and defender of the Bible, spoke against critics, wrote several papers supporting the Bible and he discovered the laws of motion,  Einstein comes along and discovers general relativity in 1916.  In Einstein’s day general relativity was theory, but it has been proven to the certainty of 99.99999%   or essentially fact.  General relativity states that time, matter and space had a beginning.  Genesis 1:1 “In the beginning God created the heavens and the earth.”  (NIV)

This law states that energy cannot be created or destroyed (it can just be converted from one to the other.) There is nothing to violate this law but the nagging problem of the existence of the original universe.  How did the sum total of matter and energy come to be in the first place? The Bible tells us in Genesis 1 and various places in Psalms and other places in the Bible that God created the universe and life.

All things move from a state of order to disorder. Heat dissipates, stars burn out, things wear out.  Psalm  102:25-26  In the beginning you laid the foundations of the earth, and the heavens are the work of your hands They will perish, but you remain; they will all wear out like a garment.”(NIV)

Copernicus is considered the founder of modern astronomy. His study led to his theory that the earth rotates on its axis and that the earth and the other planets revolve around the sun.    Job 26:7 “He suspends the earth over nothing.” (NIV)

Astronomers estimate the number uncountable.   Jeremiah 33:22 “As countless as the stars of the sky and as measureless as the sand on the seashore.'”

Water coming to the earth as rain, running into rivers back to the ocean, evaporating and doing it again in a cycle wasn’t clearly recognized until Perrault and Mariotte in the 1700’s.  Job 36:27-28  “He draws up the drops of water, which distill as rain to the streams; the clouds pour down their moisture and abundant showers fall on mankind” . (NIV)

Research shows that newborn infants are particularly susceptible to hemorrhaging from the second day to the fifth.  Before modern medicine a small cut could be deadly. Vitamin K necessary for the production of prothrombin (the body’s blood clotting substance) is not present until days three-seven. Prothrombin level is only 30% normal on day three but sky-rockets to 110 percent on day eight and then soon levels off.  God’s command to circumcise on the eighth day is the safest practice.   Gen 17:12 “For the generations to come every male among you who is eight days old must be circumcised.” (NIV)

In the 1500’s When the Black plague was killing much of Europe prior to the Renaissance they turned to the church for guidance and returning to the OT laws of Moses they instituted  principles practiced by the Israelites 3000 years before for dealing with diseases like leprosy, handling the dead and waste disposal.

Another biblical insight not understood until the late 1800’s is the principle of basic sterilization, especially washing hands and clothing.  God instituted and Jewish people would wash in baths called “mikvahs.”  In the 1840’s in Vienna a doctor Ignaz Semmelweis in his obstetrics ward noticed an unusually high death rate for women examined by teachers and students.  The daily practice was to perform autopsies in the morning and later perform pelvic exams.  He instituted thorough washing after the autopsies like the Bible said for touching a corpse.  Deaths dropped sharply yet this practice was harshly opposed by his colleagues and supervisors such that so that his contract was not renewed.  After he left washing stopped and deaths sharply rose again.  These biblical guidelines were not firmly practiced until Doctor Joseph Lister an honored physician scientist and Christian proved them.  In the encyclopedia he is listed as the pioneer of antiseptics Lister’s principle, that bacteria must never gain entry to an operation wound, remains basic to modern surgery.

Father of Oceanography Matthew Maury spent most of his life mapping ocean currents, when asked where he got is idea, “the Bible mentioned ‘pathways in the ocean.”

Many Cultures picked up from the Israelites truths about Agriculture from God’s word, “leave the land unplanted every seven years.”  Leviticus 25:4-5

Engineering: Naval engineers realized the dimensions of the ark – length to width ratio are necessary to survive the open oceans; they began building barges in the early 1900’s with the same ratios.

*The above was adapted from the book, Science – Was the Bible Ahead of Its Time by Dr Ralph Muncaster.

The September 4th message will examine some of the discoveries from science in the field of Microbiology.

Lastly let me say, that this is huge subject that cannot be covered in a blog or even a few messages. Some of you may have many more legitimate questions that deal with this subject matter.

Below is a list of resources to help you with further study or questions.

Lead Pastor of Upwards Church: Leander & Jarrell, TX
View all posts by dkoop →
This entry was posted in Faith & Science. Bookmark the permalink.

2 Responses to Science & the Bible