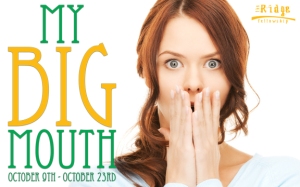 If you are like me, it is so easy to slip into a mode of complaining: about the way people drive, about the price of gas or the line at the post office.  Without even trying very hard I could find fault with everything and everyone.  I have learned the hard way that that is no way to live.  When I slip into the complaining mode, I become miserable.

Do you think God wants us to complain?  A verse I taught my children, because they can be like me is Philippians 2:14   Do everything without complaining or arguing.

Complaining started with Adam.  Immediately after he disobeyed God, he blamed Eve complaining to the Lord that “the woman whom You gave to be with me, she gave me the fruit” (Gen. 3:12). Instead of blaming himself, he blamed God. Some years later, his firstborn, Cain, complained bitterly to God that his punishment for murdering his brother Abel was too severe (4:13–14). Moses complained to the Lord because He did not deliver Israel from Pharaoh quickly enough (Ex. 5:22–23). After God miraculously delivered them, after only three days into the wilderness, they complained again because they didn’t like the water at Marah.  The Lord graciously responded by making that water sweet. Shortly after that, however, the people were complaining again about the lack of food (16:2–8).

After Caleb, Joshua, and the other men returned from spying out the land of Canaan, except for Caleb and Joshua, the other spies were afraid and complained.  (14:2). Then all the people complained against God, saying, “‘Why is the Lord bringing us into this land, to fall by the sword? So they said to one another, ‘Let us appoint a leader and return to Egypt’” (vv. 3–4). Their complaining turned into a rebellion as they almost stoned Caleb and Joshua, along with Moses and Aaron (v. 10). They rejected God’s plan, God’s chosen leaders, and God Himself.

And we have looked at only the first two books of the bible! There are many more examples from every book of the bible about how God’s people so easily complained about their circumstances.

As the story of the Israelites in the wilderness continues to unfold in the book of Numbers it is obvious God is not happy with His people complaining.  To show them He doesn’t like complaining, He sends snakes to bite them (21:4-8), opens the ground to swallow them (16:31-34) and sends fire to consume them (16:36-38).  I’m glad he doesn’t respond that way today or I would be crispy!

Every circumstance of life is to be accepted willingly without complaining. There is no exception.  It is always wrong for believers to complain about anything the Lord calls them to do or about any circumstance which He chooses to allow. Whether the task is difficult or easy, whether the situation involves a blessing or trial, negative attitudes are off-limits. Two chapters after “Do everything without arguing or complaining,” Paul’s own spiritual growth had led him to write of this attitude: 11 For I have learned to be content whatever the circumstances. 12 I know what it is to be in need, and I know what it is to have plenty. I have learned the secret of being content in any and every situation, whether well fed or hungry, whether living in plenty or in want.  (Phil. 4:11–12). His example shows that such a Christ like attitude is possible.

I want to do everything without arguing and complaining. Will you join me?

For more on the series My Big Mouth go to www.ridgefellowship.com

Lead Pastor of Upwards Church: Leander & Jarrell, TX
View all posts by dkoop →
This entry was posted in My Big Mouth. Bookmark the permalink.