“Forgive & Forget” and Other Myths Of Forgiveness 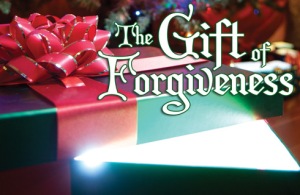 “Forgiveness is one of the most widely misunderstood doctrines of Scripture.”[i]  There are a lot of myths.   Let’s take a quick quiz to see you score on the topic.

Can you tell which of the following statements are true or false?

As I look at the Bible and what Jesus says, I’ve discovered that all four of those statements are false.

FORGIVENESS, WHAT IT IS NOT…

What if Jesus had said when He prayed, “Father forgive them if they ask for it.”  The truth is nobody had asked for it when Jesus prayed on the cross.  “Father, forgive them, for they don’t know what they’re doing.”  Genuine forgiveness is unconditional.  It is offered whether it’s ever asked for or not.  So he taught: “Forgive men when they sin against you” Matthew 6:14

Forgiveness is not minimizing the seriousness of the offense.  It’s not saying, “It’s not a big deal.”  Or “It’s OK.  It didn’t really hurt me.”  Or if somebody tries to ask forgiveness, you say, “Don’t worry about it.  It’s no big deal.  It didn’t hurt.”  That is not forgiveness.    “If anyone has caused grief, forgive him” 2 Corinthians 2:5

When you have a hurt or a grief, it is a big deal.  It is real so don’t dismiss it.

However, there is a difference between being “offended” and being hurt.  Those are two different things.  Being offended is over little things or something that may have been accidental.   It is my opinion, when you are offended, that does not require forgiveness.  Let face it some of us get offended pretty easy. You just need patience and acceptance at that.  But when you’re wronged, intentionally hurt by someone, that requires forgiveness.

For example, let’s say you don’t like the way I dress.  Maybe I offend your fashion consciousness.  I don’t need forgiveness I need help! Or maybe you don’t like the fact that I went to A&M.  It bothers you.  I don’t need your forgiveness.  I need your prayers! I haven’t really harmed you intentionally.  Forgiveness is reserved for the serious stuff, when you’re hurt intentionally or hurt as a result of selfishness or carelessness.

When you are hurt by abuse of any kind, unfaithfulness lies, deceit or deception these are real and they hurt.  You have been wronged.  Don’t minimize these.  Forgiveness doesn’t either.  Forgiveness acknowledges the hurt and then releases the person.

Next time we’ll look at the myth, “ Forgiveness restores a relationship without changes”

Building My Life on Values that Last – Rick Warren

Lead Pastor of Upwards Church: Leander & Jarrell, TX
View all posts by dkoop →
This entry was posted in The Gift of Forgiveness. Bookmark the permalink.