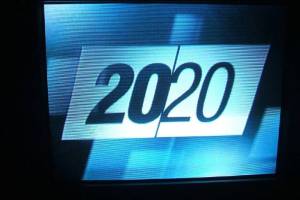 Theme: Praying for relief from despair. We must continue to trust God even when he doesn’t answer us immediately.

This psalm was probably written during David’s difficult years of exile when King Saul was pursuing him. There were times when he confessed, “There is but a step between me and death” (1 Sam. 20:3). By the grace of God, David turned his sufferings into songs and left those songs behind to encourage us in our trials (2 Cor. 1:2-11). In this brief psalm, David deals with his feelings, his foes, and his faith.

God had promised David the throne of Israel, yet that day of coronation seemed further and further away. Saul was doing evil things, and God wasn’t judging him, and yet David was doing good things and felt abandoned by the Lord. David was certainly disturbed by what the enemy was doing, but he was more concerned about what the Lord was not doing.

Feeling like he was left to himself, David tried to devise various ways to overcome the enemy (“wrestle with my thoughts,” NIV), but nothing seemed to satisfy him. But faith is living without scheming; it means not leaning on our own experiences and skills and trying to plot our own schedule (Prov. 3:5-6). There were storm clouds in the sky, hiding the sun, but the sun was still shining. It’s a dangerous thing to give in to our feelings, because feelings are deceptive and undependable (Jer. 17:9). When Jacob heard the news about Simeon being left hostage in Egypt, he gave up and announced that everything was against him (Gen. 42:36) when actually God was causing everything to work for him. We must not deny our feelings and pretend that everything is going well, and there is no sin in asking, “How long?” But at the same time, we must realize how deceptive our feelings are and that God is greater than our hearts (1 John 3:20) and can lift us above the emotional storms of life. David eventually learned to replace the question “How long, O Lord?” with the affirmation, “My times are in your hands” (31:15). This is a lesson that all believers must learn.

It’s good to have peace within you, but you also need protection around you. That’s why David prayed to the Lord and made three requests:

As much as David was concerned about his own needs, he was concerned even more with the glory of God (v. 4). After all, God had chosen David and had commanded Samuel to anoint him king, and if David failed, God’s name would be ridiculed. “Don’t allow the enemy to gloat over me!” was his prayer. The word “moved” in verse 4 means “to waver, to be agitated, to totter and shake” (see 10:6). If David began to waver, the faithful people of the land would think that God was unable to fulfill His own promises. (See 35:19-21; 38:16-17.)

The little word “But” indicates a transition from fear to faith and from questioning to claiming God’s promises. In their false confidence, let the enemy rejoice, but David will rejoice in the Lord his God! David’s feelings had been on a roller coaster, but God was still on the throne, and His character had not changed. God’s mercy (steadfast love) was all that David needed for it would never fail (see 25:6; Isa. 63:9; Lam. 3:22-23). God’s people don’t live on explanations; they live on promises, and those promises are as unchanging as the character of God. “According to your faith be it unto you” (Matt. 9:29).

Relying on the Lord leads to rejoicing in the Lord and His salvation (yeshua). The word “bountiful” focuses on the goodness of God and His generosity in dealing with His people in grace. (See 103:2; 116:7; 119:17; and 142:7.) The NIV translates it, “The Lord has been good to me.” David’s circumstances haven’t changed, but the Lord has changed him, and that occurred when David stopped looking at his feelings and his foes and by faith started looking to the Lord.