Getting Real about Christ at Christmas (That’s My King Video) 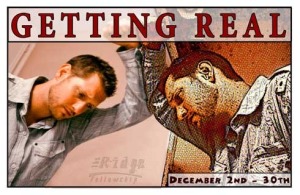 get real about Christmas, I have acknowledge that Christmas is more than shopping, putting up decorations or getting my house ready for family.  Christmas is about Jesus.

Strange visitors from the East  are not only one of my favorite parts of the Christmas story, they also have taught me what Christmas is all about.

After Jesus was born in Bethlehem in Judea, during the time of King Herod, Magi from the east came to Jerusalem 2 and asked, “Where is the one who has been born king of the Jews? We saw his star in the east and have come to worship him.” Matthew 2:1-2

The wise men traveled hundreds of miles for one reason and one reason only, to worship Jesus.   Since Christmas is about Jesus what is the one thing I can give him that he doesn’t have?  My worship!

The Magi recognized that Jesus was a King.   He is also our king.    To help us understand who Jesus is, I would like to share something that has been inspirational to me.  I hope it inspires you to greater understanding of who Jesus is and helps you to worship him more.  It’s by Dr. S. M.  Lockridge.

Here are the words:

Now that’s my King!
David says
No means of measure can define His limitless love
No barriers can hinder Him from pouring out His blessing

That’s my King!
He’s the miracle of the age
He’s the superlative of everything good that you choose to call Him
He’s the only one able to supply all of our needs simultaneously
He supplies strength for the weak
He’s available for the tempted and the tried
He sympathizes and He saves
He guards and He guides
He heals the sick
He cleansed the lepers
He forgives sinners
He discharges debtors
He delivers the captives
He defends the feeble
He blesses the young
He serves the unfortunate
He regards the aged
He rewards the diligent
And He beautifies the meek

That’s my King
That’s my King!
My King
His office is manifold
His promise is sure
His life is matchless
His goodness is limitless
His mercy is everlasting
His love never changes
His word is enough
His grace is sufficient
His reign is righteous
His yoke is easy
and His burden is light
I wish I could describe Him to you
He’s indescribable
He’s indescribable
He’s incomprehensible
He’s invincible
He’s irresistible
I’m trying to tell you
The heaven of heavens cannot contain Him
Let alone a man explain Him
You can’t get Him out of your mind
You can’t get Him off of your hands
You can’t outlive Him
And you can’t live without Him
The Pharisees couldn’t stand Him
but they found out they couldn’t stop Him
Pilate couldn’t find any fault in Him
The witnesses couldn’t get their testimonies to agree
And Herod couldn’t kill Him
Death couldn’t handle Him
And the grave couldn’t hold Him

I hope this helps you worship Jesus this Christmas season!

Lead Pastor of Upwards Church: Leander & Jarrell, TX
View all posts by dkoop →
This entry was posted in Getting Real. Bookmark the permalink.