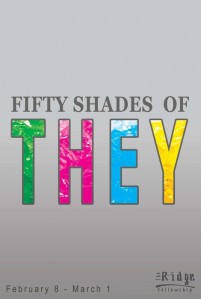 There was a great deal of sexual carelessness in the city of Corinth. It was a permissive society with a philosophy similar to that which the world has today: Sex is a normal physical function, so why not use it as you please? Paul pointed out that God created sex when He made the first man and woman, and therefore He has the right to tell us how to use it. The Bible is the “owner’s manual” and should be followed to avoid many problems.

God is clear and what is sexual sin; Paul named some of them in 1 Corinthians 6:9. In that day, idolatry and sexual immorality went together. “Effeminate” and “abusers” describe the passive and active partners in a homosexual relationship. (Paul dealt with this and with lesbianism in Rom. 1:26-27.)

But God can also cleanse sexual sins and make sinners into new creatures in Christ. “You are washed, you are sanctified, but you are justified” (1 Cor. 6:11). The tenses of these verbs indicate a completed transaction. Now, because of all that God had done for them, they had an obligation to God to use their bodies for His service and His glory.

Consider God the Father (vv. 12-14). He created our bodies and one day He will resurrect them in glory. In view of the fact that our bodies have such a wonderful origin, and an even more wonderful future, how can we use them for such evil purposes?

The Corinthians had two arguments to defend their sensuality. First, “I have the right to do anything. (1 Cor. 6:12). This was a popular phrase in Corinth, based on a false view of Christian freedom. We have not been set free so that we can enter into a new kind of bondage! As Christians, we must ask ourselves, “Will this enslave me? Is this activity really profitable for my spiritual life?”

Their second argument was, “Food for the stomach and the stomach for food.” (1 Cor. 6:13). They treated sex as an appetite to be satisfied and not as a gift to be cherished and used carefully. Fornication (sexual intercourse between a man and woman who are not married, or any form of sexual behavior considered to be immoral) is to sex what gluttony is to eating; both are sinful and both bring disastrous consequences. Just because we have certain normal desires, given by God at Creation, does not mean that we must give in to them and always satisfy them. Sex outside of marriage is destructive, while sex in marriage can be creative and beautiful.

There may be excitement and enjoyment in sexual experience outside of marriage, but there is not enrichment. Sex outside of marriage is like a man robbing a bank: he gets something, but it is not his and he will one day pay for it. Sex within marriage can be like a person putting money into a bank: there is safety, security, and he will collect dividends. Sex within marriage can build a relationship that brings joys in the future; but sex apart from marriage has a way of weakening future relationships, as every Christian marriage counselor will tell you.

The believer’s body is a member of Christ (see 1 Cor. 12:12ff). How can we be joined to Christ and joined to sin at the same time?  Yet some of the Corinthians saw no harm in visiting the temple prostitutes (there were 1,000 of them at the temple of Aphrodite) and committing fornication.

Jesus Christ bought us with a price (1 Cor. 6:20), and therefore our bodies belong to Him. We are one spirit with the Lord and we must yield our bodies to Him as living sacrifices (Rom. 12:1-2). If you begin each day by surrendering your body to Christ, it will make a great deal of difference in what you do with your body during the day.

Paul referred to the Creation account (Gen. 2:24) to explain the seriousness of sexual sin. When a man and woman join their bodies, the entire personality is involved. There is a much deeper experience, a “oneness” that brings with it deep and lasting consequences. Paul warned that sexual sin is the most serious sin a person can commit against his body, for it involves the whole person (1 Cor. 6:18). Sex is not just a part of the body. Being “male” and “female” involves the total person. Therefore, sexual experience affects the total personality.

Paul did not suggest that being joined to a harlot was the equivalent of marriage, for marriage also involves commitment. The man and woman leave the parental home to begin a new home. This helps us to understand why sex within marriage can be an enriching experience of growth, because it is based on commitment. When two people pledge their love and faithfulness to each other, they lay a strong foundation on which to build. Marriage protects sex and enables the couple, committed to each other, to grow in this wonderful experience.

God the Father created our bodies; God the Son redeemed them and made them part of His body; and God the Spirit indwells our bodies and makes them the very temple of God. How can we defile God’s temple by using our bodies for immorality?

The word your is plural, but the words body and temple are singular (1 Cor. 6:19). It may be that Paul is here describing not only the individual believer, but also the local church. Each local assembly is a “body” of people united to Jesus Christ. The conduct of individual members affects the spiritual life of the entire church.

In both cases, the lesson is clear: “Glorify God in your body!” The Holy Spirit was given for the purpose of glorifying Jesus Christ (John 16:14). The Spirit can use our bodies to glorify Him and to magnify Him (Phil. 1:20-21). Our special relationship to the Holy Spirit brings with it a special responsibility.

So God the Father, God the Son, and God the Holy Spirit are all involved in what we do with our bodies. If we break God’s laws, then we must pay the penalty (Rom. 1:24-27).

As you review this section, you will see that sexual sins affect the entire personality. They affect the emotions, leading to slavery (1 Cor. 6:12b). It is frightening to see how sexual immorality can get a hold of a person and defile his entire life, enslaving him to habits that destroy. It also affects a person physically (1 Cor. 6:18). The fornicator and adulterer, as well as the homosexual, may forget their sins, but their sins will not forget them.

In counseling, its common to have to help married couples whose relationship was falling apart because of the consequences of premarital sex, as well as extramarital sex. The harvest of sowing to the flesh is sometimes delayed, but it is certain (Gal. 6:7-8). How sad it is to live with the consequences of forgiven sin.

Finally, in all fairness, we must note that there are other sins besides sexual sins. For some reason, the church has often majored on condemning the sins of the prodigal son and has forgotten the sins of the elder brother (see Luke 15:11-32). There are sins of the spirit as well as sins of the flesh—Paul names some of them in 1 Corinthians 6:10. Slander and greed can send a person to hell just as easily as adultery.

We must remember that the grace of God can change the sinner’s life. “And such were some of you” (1 Cor. 6:11). It is wonderful how faith in Christ makes a sinner into a “new creation” (2 Cor. 5:17. And it is important that we live like those who are a part of God’s new creation. We are not our own. We belong to the Father who made us, the Son who redeemed us, and the Spirit who indwells us. We also belong to the people of God, the church, and our sins can weaken the testimony and infect the fellowship.