Getting to know Peter 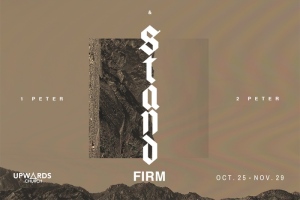 Jesus’ first words to Simon Peter were “Come, follow me” (Mark 1:17). His last words to him were “Follow me” (John 21:22). Every step of the way between those two challenges, Peter never failed to follow, even though he often stumbled.

When Jesus entered Peter’s life, this plain fisherman became a new person with new goals and new priorities. He did not become a perfect person, however, and he never stopped being Simon Peter. We may wonder what Jesus saw in Simon that made him greet this potential disciple with a new name: Peter—the “rock.”  He was impulsive and often made mistakes, but when Jesus chose his followers, he wasn’t looking for perfect people; he was looking for real people, committed people.  He chose people who could be changed by his love, and then he sent them out to communicate that his acceptance was available to anyone—even to those who often fail.

We may wonder what Jesus sees in us when he calls us to follow him. But we know Jesus accepted Peter, and, in spite of his failures, Peter went on to do great things for God. Are we willing to keep following Jesus, even when we fail?

Peter (also called Simon and Cephas) was one of the 12 disciples chosen by Jesus (Mark 1:16-18; John 1:42) and, with James and John, was part of the inner group that Jesus singled out for special training and fellowship.

Peter was one of the first to recognize Jesus as the Messiah, God’s Son, and Jesus gave him a special leadership role in the church (Matthew 16:16-19; Luke 22:31, 32; John 21:15-19). Although during Jesus’ trial Peter denied knowing Jesus, Peter repented and became a great apostle.

Lessons from his life

Peter’s story is told in the Gospels and the book of Acts. He wrote the books of 1 and 2 Peter.