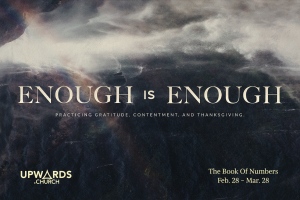 Have you noticed that critics are all around us?
The restaurant critic
The movie critic
Monday morning quarterbacks
Political critics
It seems everyone has an opinion on everything.

I struggle with being critical and I’m sure you do as well.

Did you grow up in a home that was constantly picking on the imperfections of others and finding fault with everyone and everything? You may see criticism as a normal part of life.
Were you were criticized by friends or teachers and now that critical spirit is part of your life?
Do you find yourself caught up in criticism; not because you want to be critical, but because those you work with or socialize with those who are critical and you find yourself dragged into this attitude?
If you can relate to the above as I can, I hope you will join me and with God’s help seek to replace a critical attitude.

Before Covid, on Thursday’s I do my message before a group of guys who give constructive feedback. On Wednesday’s and Sunday’s our worship team rehearses and there is always constructive evaluation to help each person improve.

If you are on the receiving end of some constructive criticism, be gracious with the person’s advice and be honored that they care enough to seek out your best interest.
The criticism we must avoid is the destructive type that is not intended to help but to harm.

Let’s look at a definition of negative criticism
Destructive Criticism: “dwelling upon the perceived faults of others with no view to their good.”

Numbers 12:1-2, While they were at Hazeroth, Miriam and Aaron criticized Moses because he had married a Cushite woman. They said, “Has the Lord spoken only through Moses? Hasn’t he spoken through us, too?”
Note the Critics
Verse 1 says the Miriam and Aaron criticized Moses. Miriam and Aaron are the brother and sister of Moses.  Receiving criticism from others is hard, but it is more difficult when it comes from someone who is close to you.  There is a second item to note, the text lists Miriam’s name first implying she was the primary critic in this affair and Aaron was dragged in. That happens sometimes, one person starts to criticize and soon others are dragged into the feeding frenzy. One person’s mistake can affect others.

Significant issues hide under the cover of criticism: envy, jealousy, resentment or un-forgiveness.   Which of these cause you to be critical?

Note the response to the Critics
“But the Lord heard them. (Now Moses was very humble—more humble than any other person on earth) So immediately the Lord called to Moses, Aaron, and Miriam and said, “Go out to the Tabernacle, all three of you!” So the three of them went to the Tabernacle. Then the Lord descended in the pillar of cloud and stood at the entrance of the Tabernacle. “Aaron and Miriam!” he called, and they stepped forward. And the Lord said to them, “Now listen to what I say: “If there were prophets among you, I, the Lord, would reveal myself in visions. I would speak to them in dreams. But not with my servant Moses. Of all my house, he is the one I trust. I speak to him face to face, clearly, and not in riddles! He sees the Lord as he is. So why were you not afraid to criticize my servant Moses?” The Lord was very angry with them, and he departed. Numbers 12:3-9

I find it interesting that Moses did not answer his critics – verse 3 describes his humility, and part of his humility was placing his trust in the One who knew he was faithful. Moses typifies the life of Christ when he was facing the cross. Peter describe our Lord’s behavior at the cross this way – When they hurled their insults at him, he did not retaliate; when he suffered, he made no threats. Instead, he entrusted himself to him who judges justly. 1 Peter 2:23
The lesson for us when we are unjustly criticized is not to seek retribution but to trust in God who is faithful.  We are accountable to Him.
While Moses was silent, God was not. He challenged Miriam and Aaron stating that Moses was His chosen instrument at this time.

As we serve God our call is to be faithful to God and what he has called us to do and allow God to deal with the critics who do not understand what is going on in our life.

Criticism is handled
Note the remaining verses of our chapter
“As the cloud moved from above the Tabernacle, there stood Miriam, her skin as white as snow from leprosy. When Aaron saw what had happened to her, he cried out to Moses, “Oh, Please don’t punish us for this sin we have so foolishly committed. So Moses cried out to the Lord, “O God, I beg you, please heal her!” Numbers 12:10-13

Miriam is struck with leprosy. In that culture, that was a death sentence. She would be forced to leave the camp; she would be considered a outcast with no hope of a cure. In short her life was over.  It is obvious that God takes destructive criticism very seriously.
Seeing her condition Aaron repents, and pleads for mercy. Moses does not hesitate to be merciful.  “So Moses cried out to the Lord, “O God, I beg you, please heal her!” Moses was following the advice that Paul would later tell the Romans Do not take revenge, my friends, but leave room for God’s wrath, for it is written: “It is mine to avenge; I will repay,” says the Lord. On the contrary: “If your enemy is hungry, feed him; if he is thirsty, give him something to drink. In doing this, you will heap burning coals on his head.” Do not be overcome by evil, but overcome evil with good. Romans 12:19-21
God was faithful he heard the Prayer of Moses and healed Miriam, yet there were consequences to her actions, she was ostracized from the camp for a period of 7 days.

Love overcomes our critical attitude. Paul write’s “The Love Chapter” to a church that was facing all kinds of problems such as incestuous relationships, lawsuits among the members and drunkenness during communion to name a few.

Paul had started this church on one of his missionary journeys, so he felt responsible for these wayward converts. So the question is how would he handle this group?
Deliver a fire and brimstone sermon, “turn or burn you rotten scoundrels!”
He could have left them to their sinful ways and started a new church.
He could have simply told others about them and say this is an example of a bad church don’t be like them.
He could have sent his assistant Timothy or Titus to straighten them out, but he did none of these things. Instead he focused on a new attitude: Love.
He explains this new attitude in 1 Corinthians 13, (the love chapter.)  Most the time we read it at weddings and that is fitting because the context of the chapter is about how love changes us and our relationships.
Paul shows us that this attitude of love will transform us if we take it to heart and if we genuinely put it into practice.  And that will be the topic our next post.