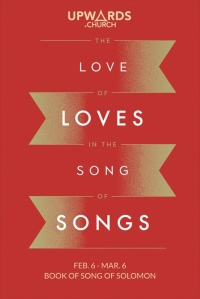 The Beauty of the Bride (4:1-7)
4:1. The first to speak on their wedding night was Solomon and his words praised his bride’s beauty. Three times on the wedding night he told her she was beautiful. Women in the ancient Near East did not ordinarily wear a veil except at the time of their wedding, and then removed it in the wedding chamber. (This is why Rebekah immediately veiled herself when she learned the identity of Isaac, her husband-to-be, Gen. 24:65. It also explains why Laban was able to deceive Jacob with Leah on their wedding night, Gen. 29:19-25.) So Solomon, seeing her eyes behind her veil (cf. Song 4:3) said they were doves. Doves were known for their tranquility in the ancient world, and since one’s eyes are “windows of his soul” reflecting his character, Solomon was praising her calm and innocent character.

To say that her hair was like a flock of goats coming down Mount Gilead hardly sounds like a compliment, but it was. Seen from a distance the dark hair of Palestinian goats was beautiful in the sunset as a flock was descending from the mountains. The beloved’s dark hair had the same beautiful quality. Mount Gilead was a mountain range east of the Jordan River in Gilead, known for its fertile pastures and many flocks (cf. Micah 7:14).
4:2-3. Her teeth were white (like a flock of sheep just shorn) and perfectly matched (each has its twin). Her lips, being red and thin, were like a scarlet ribbon. “Ribbon” is literally “thread,” referring to the perfect outline and delicately formed shape of her lips. Her teeth and lips made her mouth beautiful. The beloved’s temples, probably including her cheeks, were reddish and sweet like pomegranate fruit.

4:4. The tower of David may have been the tower (cf. Neh. 3:25) of the king’s palace. This tower may have been built or used by David for military purposes, or it may have been built by Solomon and given David’s name. The custom of hanging shields on the tower was symbolic of the warriors’ allegiance to and valor for a particular king or country (cf. Ezek. 27:10-11). The warriors probably referred to David’s elite corps of men (2 Sam. 23:8-39). By comparing her neck to the tower Solomon was emphasizing not so much her neck’s symmetry and beauty as he was making a statement about her person. She didn’t hang her head in shame but held it upright and straight. She had confidence that he appreciated.

4:5. When the groom said his bride’s breasts were like… fawns he was comparing their softness, not their color or form. Looking on the soft coat of a little fawn makes a person want to stroke it. Solomon wanted his bride to know that her soft and gentle beauty had kindled his desire for her and he wished to express that desire with his caresses.

4:6. At this point Solomon was overcome with desire for his bride and resolved to fulfill her silent request. The mountain of myrrh and the hill of incense refer to the beloved’s breasts. The primary point of comparison was not in the visual area, but rather in the realms of function and value. Myrrh and incense were used to perfume the body as well as the bedroom in order to make a person and the surroundings more attractive. They would give their love to each other till the morning. Myrrh and incense (lit., “frankincense,” a balsamic gum that exudes from the wood of shrubs and trees of the genus Boswellia) were not native to Palestine. Both were luxury items that had to be imported at considerable cost. A mountain of myrrh or a hill of frankincense would have been greatly valued. To Solomon, therefore, his bride’s breasts were attractive and of great value to him.

4:7. Solomon summarized his praise by ascribing perfect beauty to his bride. She had no flaw, or physical defect. She was perfect in appearance. (Later she called him “my flawless one,” 5:2.) Solomon praised eight parts of his bride’s body: her eyes, hair, teeth, lips, mouth, temples, neck, and breasts.

Compared with this lavish praise of the beloved’s beauty, some wives today may feel uncomfortable about their own appearance. However, one must remember that initially the daughters of Jerusalem did not seem to regard the beloved as a beautiful woman. Unlike the other royal ladies she was not fair-skinned, a preeminent sign of beauty in the ancient world. Yet in her lover’s eyes she was beautiful, even though she did not meet the objective standards of beauty in her society. In other words, though few people in any age meet their own particular culture’s standard of beauty, a woman is beautiful in the eyes of her lover simply because he loves her. Every husband who genuinely loves his wife can say, “To me you are beautiful and there is no flaw in you.”
His total attention was focused on his bride and her beauty. The conclusion to be drawn from this is that sex, when enjoyed properly within marriage, draws attention from oneself to one’s mate, to his or her needs and pleasures. Second, the metaphors and imagery which Solomon used in praising his beloved were drawn from a pastoral setting: doves, goats, sheep, pomegranates, fawns, gazelles, mountains, hills. Solomon’s bride, having been raised in the country, understood and appreciated these images. Praise drawn from this well-known realm would have created a sense of peace and security in her on the anxious night when her new life began in new surroundings. Later (7:1-9) after she became accustomed to “royal” living, Solomon drew on royal imagery (as well as pastoral scenes) in praising her beauty.

4:8. The beloved may have lived in Lebanon near the mountains mentioned in this verse. Amana is the eastern part of the Anti-Lebanon range facing Damascus, and Senir and Hermon are two peaks in the Hermon range (though Deut. 3:9 speaks of Senir as a synonym for Hermon). However, it is unlikely that she lived by lions’ dens or haunts of… leopards. The lions and leopards may represent fearful places or circumstances. In other words Solomon was asking his bride to leave her thoughts of home and put her fears behind her in order to concentrate completely on him, as he had done for her. The fact that Solomon called her my bride five times (vv. 8-12) also confirms that chapter 4 depicts their wedding night.

The Praise of His Bride’s Love (4:9-11)
Apparently the bride granted Solomon’s request (v. 8) to turn all her attention to him, for in this section he praised her physical expression of love and its effect on him.

4:9. The words stolen my heart mean to be robbed of either one’s willpower or his ability to think clearly. The effect of his bride’s love was so powerful that even a glance from her beautiful eyes or even seeing an article of jewelry or clothing associated with her was enchanting to Solomon. Five times he called her his sister (4:9-10, 12; 5:1-2) because in the ancient Near East “sister” was an affectionate term for one’s wife.

4:10. Her physical expressions of love had a more refreshing and intoxicating effect on him than wine, just as his expressions had earlier affected her. Even her perfume added to the excitement of their love. The senses of sight, touch, smell, and sound were involved in their lovemaking.

4:11. The beloved gave herself freely with joy. She was not at all passive in their lovemaking. Her kisses were as desirable as milk and as sweet as honey. Milk and honey are combined here probably to allude to the fact that Canaan was a land of milk and honey. Just as the land, rich in agricultural prosperity, was a source of blessing and joy to the people, so her kisses were a source of joy to him. Besides applying perfume to herself she also applied it to her clothes. Lebanon, because of its cedar trees (1 Kings 5:6; Pss. 29:5; 92:12; 104:16; Isa. 2:13; 14:8; Hosea 14:5), was known for its fragrance (Hosea 14:6).

4:12. The garden locked up… spring enclosed, and sealed fountain all suggest “inaccessibility.” The king was obviously praising his bride’s virginity. Gardens were walled to keep out intruders. Springs were sometimes covered, and fountains were sealed on the sides with clay to indicate private ownership. Similarly, she had kept herself “sealed” from all others, thus preserving her purity for her husband.

4:13-14. By extending the metaphor of the garden (begun in v. 12) Solomon conveyed to his beloved how much he valued her purity. She was like a rich exotic garden, with rare and valuable plant life. Such a garden was therefore valuable, attractive, and desirable. Included were fruits, flowers, plants, trees, and spices. Pomegranates (cf. v. 3) were a delicacy in Bible times. Henna is a flower with white blossoms. Nard is a fragrant ointment from a plant native to India (cf. Mark 14:3; John 12:3), and saffron is a powder from the pistils of a plant in the crocus family. Calamus (also mentioned in Isa. 43:24; Jer. 6:20; Ezek. 27:19) is possibly sweet cane. Other perfumes were cinnamon, from the bark of a tall tree, myrrh, and aloes, a plant native to an island in the Red (Reed) Sea, whose partially decayed wood gives off a fragrance. These items would make an unusual garden, valuable for its pleasant tastes, sights, and smells. Similarly Solomon valued his bride for her pleasing attractiveness.

4:15. This part of the metaphor contrasts with her inaccessibility as a garden and water in verse 12. The water is pure and wholesome, like flowing water streaming down from Lebanon (cf. “Lebanon” in vv. 8, 11), and is now accessible to Solomon. When the bride surrendered her virginity to her husband, she was no less pure for doing so. The progression from a garden fountain to a well to “water streaming down” indicates that his beloved more than quenched Solomon’s desire for her and fully satisfied him. As mountain streams are refreshing so she refreshed him.

The Consummation of  the Marriage (4:16-5:1)
4:16. The beloved’s request that the winds blow on her garden, that is, herself (cf. vv. 12, 15) was a delicate, poetically beautiful invitation to her lover to fully possess her (come into her). She wished to be his with her charms as available as fruit on a tree (cf. v. 13).

5:1. With exhilaration Solomon declared that their marriage was complete. He had totally enjoyed his garden , that is, his bride. Possessing her was more delightful than gathering myrrh in a garden, as sweet as eating honey, as enjoyable as drinking the best wine and milk.

The NIV margin attributes the last part of the verse, Eat, O friends, and drink; drink your fill, O lovers, to the “friends” of the couple. However, it is unlikely that friends, wedding guests, or any other persons would have been present in the bedroom at the consummation of the couple’s marriage. A more plausible suggestion is that the speaker was God Himself. Only their Creator would have been a “guest” on that occasion. Since their love was from Him it was fitting that He approve it. He invited them to enjoy sexual love in marriage as if it were a banquet (“eat… and drink”). This clearly indicates God’s approval of marriage, which He designed in the Garden of Eden (cf. Gen. 2:24).