Evidence of a Global Flood – Genesis 6-9

“I am about to cover the earth with a flood that will destroy every living thing that breathes.” Genesis 6:17

17 For forty days the floodwaters grew deeper…19 Finally, the water covered even the highest mountains on the earth, 20 rising more than twenty-two feet[b] above the highest peaks.” Genesis 7:17-20

There have been two massive, cataclysmic events in our past. One is the creation of the heavens and the earth that was performed by God in six literal twenty-four hour days. It was created fully mature but the second event was the great flood. Great cataclysmic event. The first, creation, took six days; the flood lasted 371 days, approximately. Creation gave us the first earth, the flood gave us what we would call the second earth, the earth we now see, live in, and enjoy. Genesis 6 and 7 describe the flood as a global flood, not a local flood. There are certain things that are phenomena in our natural world that I believe can only be explained by a flood. 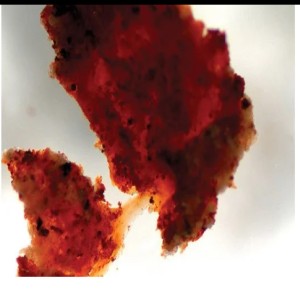 Also some recent discovery of fossils have been found with skin. And more shocking soft tissues were found in the bones of a T-Rex and soft tissue in the horn of a Triceratops creating questions of the ages of these fossils.

We have pretty clear evidence of a worldwide flood, both in the written record of nations as well as in the natural phenomena that is on the earth.

Below are links of some of the pictures with articles written by people trying to explain this.  I think the global  flood mentioned in Genesis 6-8 also explains it.  Also Answers in Genesis, Creation.com and Is Genesis History are all excellent sites to learn more!