How Can I Be Merciful? Happy and Merciful Part 2 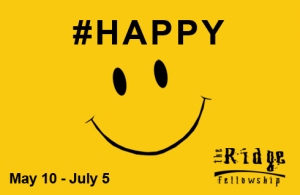 First, Remember my own need of mercy

Mercy. The gift given to the guilty. Mercy is a word you will hear used in the legal system. After the conviction has been made, the jury has unanimously declared your guilt, and the sentence is about to be handed down, MERCY is begged for. Your advocate may say, “We would like to throw ourselves on the mercy of the court. Mercy is not found in a state of innocence, nor is it sought before the sentence is sure. When an appeal for mercy is invoked, it is your only hope. There is no prayer that your defense argument will prevail, there is no hope that reasonable doubt will be established. The only hope is that the gavel will not come down with the sentence you have now been declared worthy of, that the judge will show mercy.
“The man who refuses to show mercy destroys the bridge over which he himself must cross.”

John Wesley visited General Ogelthorpe when he was governor of the colony of Georgia. The general mentioned an incident involving a man who had angered him and remarked, “I shall never forgive him! ¨ Wesley responded, “Then I hope sir, that you never sin. ¨
Living without mercy is the prelude to dying without mercy.
On the other hand, living with mercy results in being treated with mercy.

“Because of his great love for us, God, who is rich in mercy, made us alive with Christ even when we were dead in transgressions-it is by grace you have been saved.”  Eph 2:4-5

*Mercy is NOT getting what we DO deserve.

*Grace is getting what we DON”T deserve.  We have both with God.

“He saved us, not because of righteous things we had done, but because of his mercy.”   Titus 3:5

What it means to remember our need for mercy is illustrated by the life of John Newton.

Newton was born in London, in the seventeen hundreds.  He went to sea with his father who was a ship’s captain. He became a midshipman and for a time led a wild life.  His mother was a Christian but Newton rejected the God of his mother, he renounced any need of religion and he lived an irresponsible and sinful life. Eventually he became a slave trader, crossing the ocean several times as captain of slave ship, responsible for terrible human degradation among the captives he had crowded on board.  But experience God’s mercy many times. Once he survived a deadly fever in Africa, and once his ship survived a terrible storm which almost killed him.
Finally, dissatisfied with his life, the Holy Spirit began stirring inside his soul, urging him toward salvation until he finally gave his heart to Christ. He was so thoroughly converted, in fact, that he felt a call from God to enter the ministry. He was eventually ordained in 1781 and accepted a pastorate in Olney, England.
You may have heard one of beautiful songs written by John Newton, “Amazing Grace, how sweet the sound, that saved a wretch like me”  We can all relate to that song because we would all admit we have been wretched at times.  Needing mercy.

When mercy is translated into action, we are kind and gracious in our judgement of others.
We ask ourselves “What circumstance led this person to do wrong? ¨ rather than How can I expose or punish this wrongdoer?

As we are able to get into the skin of another, to feel what they’re feeling, &
to see things from their point of view, forgiving them will become much easier.

Problem is that when we’ve been hurt or wronged, being merciful & forgiving
isn’t the first thing that comes to our minds. We want to get back.

(IL) Like the man who went to the doctor & the doctor told him he had rabies. The man immediately took out a piece of paper and a pen and started writing feverishly. The doctor thought he was writing his will so he said, “Wait a minute. No need to write your will. You’re not going to die.” The man replied, “Doc, I’m not writing my will. I’m making a list of people I want to go bite.”

‘You wicked servant,’ he said, ‘I canceled all that debt of yours because you begged me to.  Shouldn’t you have had mercy on your fellow servant just as I had on you?’  Matt 18:32-34

When we are saved, there is something that happens to us. There is a pull, that comes from the throne of grace, that starts us to thinking more outwardly than inwardly. We tend to not define the world as how it effects us and begin to see what we can do to effect the world. Simply stated, “We love because he first loved us.” (I John 4:19)

We begin to understand what was meant when Paul, in Acts 20:35, quoted Jesus in saying, “It is more blessed to give than to receive.” We are now in a condition of contentment and fulfillment. Our hearts are overflowing. We discover the thrill and blessing of giving to others. Not just our money, but our time and efforts.

There is a deep satisfaction that we can get no where else when we invest our lives in helping others.

We also discover something else. When we invest our lives in the lives of others, we find that our own problems seem to either go away or are more easily handled. Our own problems don’t seem as important. It is hard to describe, but easy to feel. We who are Christians have received the benefit of mercy by the blood of Jesus. When we invest compassion on others, that benefit is increased.

“Love your enemies, do good to them…then your reward will be great, and you will be sons of the Most High, because he is kind to the ungrateful and wicked.  Be merciful, just as your Father is merciful.”  Luke 6:35-36

“Who is my neighbor? In reply Jesus said…(Parable of the Good Samaritan) which of these three do you think was a neighbor to the man who fell into the hands of robbers?” The expert in the law replied, “The one who had mercy on him.”

Tony Campolo story – a friend of his, we’ll call Anne, was a divorced,
middle-aged lady who was rather well off. She wanted very much to go to Calcutta to work with Mother Theresa. She wrote to Mother Theresa & told her how much she wanted to come & do this. She waited for a response and finally got a letter from Mother Theresa. It simply said, “I received your letter wanting to come to India. Thank you for wanting to come, but go and find your own Calcutta.”

There is much to be done here: Outreach must be of mercy – Our goal is not to condemn or judge the lost, but extend the love of the Savior – to show the Bridge of Mercy
III.     What can I expect as a result?

You are well on your way to a happy life when you allow the Holy Spirit to cleanse you of stubbornness and un-forgiveness.

Do you want to receive mercy?
Then you need to show it.

In many ways life is like a mirror. It reflects what you put into it.
If we are unkind, life becomes unkind to us.
If we judge others, others will judge us in return.
On the other hand, love produces love and mercy produces mercy.

There were once two young men working their way through Stanford University. Their funds got desperately low, and the idea came to one of them to engage Paderewski for a piano recital and devote the profits to their board and tuition. The great pianist’s manager asked for a guarantee of two thousand dollars. The students, undaunted, proceeded to stage the concert. They worked hard, only to find that the concert had raised only sixteen hundred dollars.

After the concert, the students sought the great artist and told him of their efforts and results. They gave him the entire sixteen hundred dollars, and accompanied it with a promissory note for four hundred dollars, explaining that they would earn the amount at the earliest possible moment and send the money to him. “No,” replied Paderewski, “that won’t do.” Then tearing the note to shreds, he returned the money and said to them: “Now, take out of this sixteen hundred dollars all of your expenses, and keep for each of you 10 percent of the balance for your work, and let me have the rest.”

The years rolled by–years of fortune and destiny. Paderewski had become premier of Poland. The devastating war came, and Paderewski was striving with might and main to feed the starving thousands of his beloved Poland. There was only one man in the world who could help Paderewski and his people. Thousands of tons of food began to come into Poland for distribution by the Polish premier.
After the starving people were fed, Paderewski journeyed to Paris to thank Herbert Hoover for the relief sent him. “That’s all right, Mr. Paderewski,” was Mr. Hoover’s reply. “Besides, you don’t remember it, but you helped me once when I was a student at
college and I was in a hole.”

Compassion is an investment that brings great returns!

Then the master called the servant in. ‘You wicked servant,’ he said, ‘I canceled all that debt of yours because you begged me to. 33 Shouldn’t you have had mercy on your fellow servant just as I had on you?’ 34 In anger his master turned him over to the jailers to be tortured, until he should pay back all he owed. 35 “This is how my heavenly Father will treat each of you unless you forgive your brother from your heart.”

Dear Abby recorded a powerful story. A young man from a wealthy family was about to graduate from high school. It was a custom in their affluent community for parents to give their graduating children a new car, and the boy and his dad had spent weeks visiting one dealership after another. The week before graduation they found the perfect car. They boy was certain it would be in the driveway on graduation night.
One the eve of his graduation, however, his father handed him a small package wrapped in colorful paper. The Father said the package contained the most valuable gift the Father could think of. It was a Bible! The boy was so angry he threw the Bible down and stormed out of the house. He and his father never saw each other again.
Several year later the news of the father’s death finally brought the son home again. Following the funeral, he sat alone one evening, going through his father’s possessions that he was to inherit when he came across the Bible his dad had given him. Overwhelmed by grief, he brushed away the dust and cracked it open for the first time. When he did, a cashier’s check dated the day of his high school graduation fell into his lap –in the exact amount of the car they had chosen together. The gift had been there all along . . . but he had turned away.

Lead Pastor of Upwards Church: Leander & Jarrell, TX
View all posts by dkoop →
This entry was posted in Uncategorized and tagged #happy, #merciful. Bookmark the permalink.