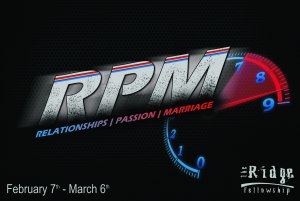 1:1. This verse identifies the author of the Song as Solomon. As Israel’s third king Solomon ruled from 971 to 931 b.c. Solomon was more gifted with literary skill than any other king of Israel for he wrote 3,000 proverbs and 1,005 songs (1 Kings 4:32). It is appropriate that a subject as wonderful as romantic love is described in sublime language by a competent human author, writing of course under the Holy Spirit’s inspiration. Interestingly, of the more than 1,000 songs Solomon wrote, only this one was designed by God to be included in the biblical canon. Solomon is mentioned by name in six other verses: Song of Songs 1:5; 3:7, 9, 11; 8:11-12.

The title Song of Songs offers a clue to the interpretation of the work. It is one song out of many songs. The reader therefore is not to view the work as a collection of songs but rather as one unified song. The words “Song of Songs” suggest the superlative, as in “most holy” (Ex. 29:37) which is literally, “holy of holies.” As a superlative the title may mean that this is the best of Solomon’s 1,005 songs or, more likely, that this is the best of all songs. In either case the Song sets before its readers a paradigm for romantic love in courtship and marriage.

A. Introduction: The expressions of longing, insecurity, and praise (1:2-11)

The Song begins with a soliloquy by the beloved in which she first expressed her strong desire for her lover’s (Solomon’s) physical affection (kisses, 1:2). The rapid interchange between the third person (him, v. 2a, and his, vv. 2a, 4b) and the second person (your and you, vv. 2b-4a) is confusing to modern readers, but it was a regular feature of love poetry in the ancient Near East. This stylistic device gave a strong emotional quality to the poetry. When she spoke of his love (v. 2b) she was referring to the physical expressions of his love (the Heb. word for “love” is the pl. dōd̠m, also used in 4:10). The statement your love is more delightful than wine means that his physical affections were exhilarating, refreshing, and a great source of joy (cf. 1:4).

The pleasing aroma of his perfumes made him even more attractive to her. Mention of perfumes led her to compare his name to perfume. A person’s name represented his character or reputation (cf. 2 Sam. 7:9). So comparing Solomon’s name to perfume meant that his character was pleasing and attractive to the beloved. For this reason, she said, many were attracted to him.

The statement the king (cf. Song 1:12; 3:9, 11; 7:5) has brought me into his chambers may be rendered as a request: “May the king bring me into his chambers.” In this sense she was expressing her desire for intimacy and marriage with the lover. This matches the first part of 1:4, Take me away with you. In summary, this opening soliloquy suggests that physical desire is a characteristic of romantic love and that properly channeled the desire is good, not evil. One ought to be “intoxicated” with love for one’s own mate (cf. Prov. 5:18-19), rather than with wine, drugs, or other people. However, the choice of a marriage partner should be based on far more than purely physical considerations. The beloved’s speech indicates that the character (“name”) of a person is vitally important in the selection of one’s spouse.

Her explanation for her dark appearance was almost an apology. Because of hard outdoor work in the vineyards, required of her by her brothers, she was forced to neglect the cultivation of her own vineyard, that is, herself and her appearance (cf. Song 8:12).

1:7. The beloved’s feelings of insecurity helped arouse in her a desire for her lover’s presence. She addressed him as though he were a shepherd (a common epithet for a man in ancient Near Eastern love poetry). The verse is either a soliloquy (assuming the lover is absent) or, if he is present, a request for a meeting later in the day. If she could not be with him she said she would be like a veiled woman. This enigmatic expression means either that she would be mistaken for a prostitute (cf. Gen. 38:14-15)

1:8. The reply in this verse is usually credited to the lover since he was addressed in the preceding question (v. 7). If Solomon is the speaker then the verse is probably a playful or teasing response. However, the verse seems too cold and distant in tone for Solomon. So it may be a disdainful reply by the friends: “If you, of all people, do not know where he is, go to the other shepherds where you really belong anyway” (graze your young goats).

1:9-11. The answer to the beloved’s feelings of insecurity (vv. 5-6) was the praise of her lover. Frequently he called her his darling (vv. 9, 15; 2:2, 10, 13; 4:1, 7; 5:2; 6:4). In ancient Arabic poetry, women were sometimes compared to horses as objects of beauty, but the reference in 1:9 is probably more specific. The words a mare harnessed to one of the chariots of Pharaoh is literally, “a mare among the chariots of Pharaoh.” Stallions, not mares, were used to pull chariots in antiquity. A mare, therefore, among the chariots might well start a chaotic experience. The point of the comparison is that in Solomon’s opinion she was as beautiful and sought after as if she were the only woman in a world full of men. When he further stated that she was beautiful with jewelry (earrings and necklaces, v. 10), the daughters of Jerusalem (we, v. 11) were forced to change their attitude of disdain (v. 6) and to agree with royal opinion. They even agreed to make her earrings. Verse 10 includes the first of numerous times in the book where he said she is beautiful (cf. v. 15 [twice]; 2:10, 13; 4:1 [twice], 7; 6:4; 7:1, 6). In summary, since the beloved had felt self-conscious about her appearance, the lover praised her physical beauty so that her detractors were forced to agree with him.

This section consists of a series of units in the progression of the lovers’ courtship. Their longing for and praise of each other expand and intensify, and the insecurity of the beloved is resolved. The first unit (1:12-2:6) records a growing intensity in desire, praise, and security. The refrain (2:7) is an appeal for patience since love cannot be forced.

1:12-14. The beloved praised the king for his pleasing and attractive characteristics which were like perfume (cf. comments on v. 3) whose function was to attract rather than repel. He was constantly in her thoughts just as the smell of the myrrh (in her sachet around her neck) was constantly in her nostrils. Myrrh was a pleasant-smelling gum that exudes from small trees in Arabia. It is mentioned frequently in the Song of Songs (v. 13; 3:6; 4:6, 14; 5:1, 5 [twice], 13). All other men, compared with him, were like the desert. Among them he stood out like a beautiful cluster of flowers in a desert oasis. Henna (cf. 4:13) blossoms were white, and En Gedi was an oasis on the west coast of the Dead Sea. Earlier David had fled to En Gedi while running away from Saul (1 Sam. 23:29; 24:1).

1:15. The lover returned her praise by commending not only her beauty (beautiful occurs twice in this v.) but also her tranquil character. In antiquity doves (cf. 2:12, 14; 4:1; 5:2, 12; 6:9) were noted for their cleanliness and tranquility. “According to Rabbinic teaching, a bride who has beautiful eyes possesses a beautiful character; they are an index to her character” (S.M. Lehrman, “The Song of Songs,” in The Five Megilloth, p. 4).

1:16-17. Both of these verses may be seen as spoken by the beloved (rather than v. 16 by the beloved and v. 17 by the lover, as in the niv). Though she recognized his physical good looks (handsome) she was more taken by the charm of his personality (Oh, how charming!). The word “charming” means “pleasant” or “lovely” and the combination, handsome and pleasant, was as rare then as it is now. This is the first of about two dozen times she referred to him as my lover. The beams of cedars and the rafters made of firs probably do not refer to a literal building but figuratively to the pastoral setting in which they first met. This is also suggested by the verdant (green) bed (couch). The field where they fell in love and sat talking was green.

2:1. Here the beloved spoke of herself as a rose of Sharon, the fertile coastal region of Israel from Caesarea to Joppa. The Hebrew word for rose is ḥăb̠aṣṣelet̠. In Isaiah 35:1, its only other occurrence in the Old Testament, it is translated “crocus,” which may be the meaning here. It was a common meadow flower. The lily too was a common flower mentioned often in the Song of Songs (2:1-2, 16; 4:5; 5:13; 6:2-3; 7:2). Though in her humility she likened herself to common flowers of the field, her statement (2:1) reflects a significant contrast with her earlier self-consciousness (1:5-6). Her improvement probably was because of her lover’s praising her (1:9-10, 15).

2:2. The lover echoed his beloved’s newfound sense of worth by comparing her to a lily and all other women to thorns. He agreed that she was a lily (v. 1) but not just any lily! She was as unique among all others as a single lily would be among many thorns.

2:3-6. The beloved’s reciprocal praise of her lover was also expressed metaphorically. As an apple tree would be a delightful surprise in a forest so Solomon was a delightful and rare “find” among all the other men. He was unique, sweet, and fragrant.

The beloved’s praise of her lover reveals three aspects of romantic love that are important to women. First, she felt protected by him. Sitting in his shade was a metaphor for protection, not only in the Bible but also in the literature of the ancient Near East. She had worked in the sun (1:6) but now she enjoyed resting under his protection. Second, they cultivated the kind of relationship that allowed them to know each other intimately. The word taste expressed a knowledge of someone through intimate personal experience (cf. Ps. 34:8, “Taste and see that the Lord is good”). Third, the beloved appreciated the fact that Solomon let others see his love for her. As a banner (a military standard) was easily seen by the troops as they marched, so Solomon’s love for his beloved was easily seen by anyone who observed their relationship. He was not ashamed of her; instead he delighted in her and it was evident to others. One way he showed this was by taking her to his banquet hall (cf. “table” in Song 1:12) in the palace.

These three things—protection by her lover, intimacy with him, and obvious displays and expressions of love from him—are crucial factors that enable a woman to develop a sense of security and self-worth and thereby to enjoy a stable marriage.

The beloved had begun to experience these three things with Solomon during their courtship so it is no wonder that she became faint with love (2:5; cf. 5:8). The theme of lovesickness was common in ancient Near Eastern love poetry. So she expressed her desire for his strengthening and his embrace. She asks for Raisin cakes which were considered aphrodisiacs.

Since Song of Songs 2:5 is a request, verse 6 should probably be translated as a request also (“May his left arm be under my head, and may his right arm embrace me“) rather than a declarative statement.

2:7. This refrain, spoken by the beloved to the daughter of Jerusalem means that sexual love cannot be forced or rushed but must be patiently waited for.  The very thought of being loved by so great a person left her faint, and she asked for apples and cakes of raisins so she could regain her strength. In 2:6, she anticipates the consummation of their marriage (“O that his left hand were under my head and his right hand embracing me!”), but she knows she must wait for the right time which is after her marriage.