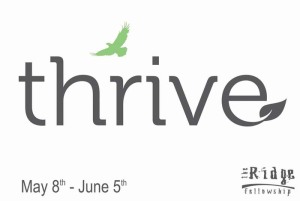 “Jesus loves me this I know, for the Bible tells me so!”  Did you learn that song as a child?  I did and those lovely sentiments are based on clear biblical truth. Jesus does love little children, as this text from Matthew attests. The parents of these children wanted Jesus to touch them and bless them, and He was more than willing to accommodate that desire.

Then some children were brought to Him so that He might lay His hands on them and pray; and the disciples rebuked them. But Jesus said, “Let the children alone, and do not hinder them from coming to Me; for the kingdom of heaven belongs to such as these.” And after laying His hands on them, He departed from there. Matthew 19:13-15

When word spread that Jesus was in the area, parents were drawn to this Teacher whose love of children had become known throughout Palestine.

Children are referring to young children from infancy through elementary age. But the disciples resented the intrusion into their private time with Jesus, and they rebuked the parents. As more and more parents brought their children to Jesus, the disciples continued to try to repulse them.

In the first century, Jewish households were patriarchal—men came first, followed by women and children. Adult men were the key members of society, women quite secondary, and children were to be seen but not heard. The disciples apparently viewed these parents and children as an intrusion and a drain of time and energy. Obviously the Twelve, who had spent the better part of two years living with Jesus and hearing every word He spoke and observing everything He did, did not yet fully share His mind and heartbeat.

Only a few days earlier Jesus had taken a young child in His arms in the disciples’ presence. Specifically for the sake of the disciples, who were in the midst of a dispute about who was the greatest in the kingdom, He had declared, “Whoever then humbles himself as this child, he is the greatest in the kingdom of heaven” Matt. 18:1-4. No doubt at countless other times the Twelve had witnessed similar expressions of Jesus’ tenderness and gentleness and His great patience with those who came to Him for help. They had seen His compassion pour out in an endless flow of healing, encouragement, and comfort.

They also knew that the Talmud taught Jewish parents to bring their children to respected rabbis for blessings and prayer. A father would customarily bring his infant child to the synagogue and pray for the child himself. He would then hand it to the elders, who would each hold it and pray for God’s blessing on the young life.  Today our church follows a somewhat similar pattern in prayerfully dedicating small children to the Lord.

When Jesus saw his disciples rebuking the people for bringing their children, he spoke to his disciples, telling them in a double command to let the little children come and do not forbid them.   From Mark’s account we learn that Jesus was greatly indignant with the disciples (Mark 10:14). They frequently frustrated and disappointed the Lord by their insensitivity and selfishness, but this is one of only two or three occasions on which He actually became angry with them.

The implicit command is that the disciples should never forbid anyone from coming to Jesus, especially children. Why? Because, Jesus explained, of such is the kingdom of heaven. The disciples must have forgotten what Jesus had said about children earlier (see Matthew 18:4-6). Jesus wanted little children to come because he loves them and because they have the kind of attitude needed to approach God. He didn’t mean that heaven is only for children but that people need childlike attitudes of trust in God.

The receptiveness of little children was a great contrast to the stubbornness of the religious leaders who let their education and sophistication stand in the way of the simple faith needed to believe in Jesus. Anyone of any age who exhibits such faith and trust is promised access to Jesus and to the kingdom. The kingdom of God is God’s universal, dynamic rule over his people. The trust displayed by children represents the trust that all true disciples need to have. The children came to Jesus in humility and received his blessing as a gift. They had no authority or rights, but they came to him in trust and love.

Those who share the mind of Christ share His concern and love for children. No church or Christian movement has prospered spiritually that has disregarded or neglected the care and training of its children. When our hearts are warm toward the Lord we will inevitably be warm toward children.

One writer has made this beautiful observation:

As the flower in the garden stretches toward the light of the sun, so there is in the child a mysterious inclination toward the eternal light. Have you ever noticed this mysterious thing that, when you tell the smallest child about God, it never asks with strangeness and wonder, “What or who is God? I have never seen Him “—but listens with shining face to the words as though they were soft loving sounds from the land of home? Or when you teach a child to fold its little bands in prayer, it does this as though it were a matter of course, as though there were opening for it that world of which it had been dreaming with longing and anticipation. Or tell them, these little ones, the stories of the Savior, show them the pictures with scenes and personages of the Bible [and] see how their pure eyes shine, how their little hearts beat.”  R. C. H. Lenski