The Wonder of DNA

DNA is another reason, but not the last of many of Scientific Reasons to Believe in a Creator.  Hang with me as I draw an analogy here. 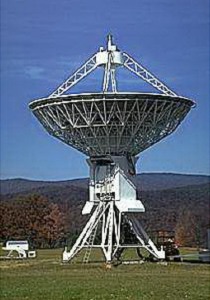 Since 1960, there have been concerted efforts by the U.S. government and private scientific groups to point satellite dishes toward the sky in a search for extraterrestrial life. One project scanned 8 million radio channels listening for signals from space.

Why would they know it for a fact? Because they would instantly know that random static could not accidentally form a single sentence by chance. The odds would be too astronomical. One sentence would conclusively prove that there’s intelligence out there because information requires an intelligence behind it.

If you got a message from space, wouldn’t it convince you that there’s intelligence out there? 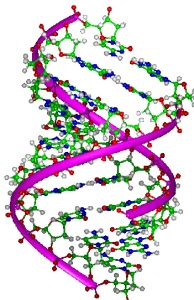 This is a depiction of a DNA molecule. DNA is inside every living cell in every living creature, including you. What is DNA?    INFORMATION CODES!!!

DNA is literally a chemical language based on a genetic alphabet, a language every bit as real as the words you’re reading right now. DNA is like computer software that records the precise instructions for piecing together every part of you, from your 600 muscles to your 2 million optic nerve fibers to your 100 billion nerve cells.

The blueprints, programming, a thousand million lines of code for every cell, and every organism is different.  THINK OF THE VASTNESS OF GOD”S INTELLIGENCE!   the information about how to create that in you is contained inside the DNA in every single cell in your body. In fact, if the genetic information in the DNA of a microscopic single-cell organism were translated into English, it would BE MORE THAN  an entire 30-volume set of Encyclopaedia Britannica — all of that inside the DNA in one single-cell organism.

*If all the DNA information from YOUR BODY was written down in books it would fill the grand canyon not once but 50 times over. (Eastman, The Creator Beyond Time and Space, 1996)

One teaspoon of pure DNA can hold the assembly instruction for every protein in all of the one thousand million species of animals that have ever existed on the planet and have room left over for all the information of every book ever published. Wow…one teaspoon of DNA. How does that kind of complexity get wired into something so compact? How do those assembly instructions exist? How can that get there by random mutation and chance?

I think so.  How can you have such a sophisticated software without a programmer to create it?

“When we see written language, we can infer that it has an intelligent cause.  We can legitimately use the analogical reasoning to conclude that the remarkable information subsequences in DNA also had an intelligent cause.  Therefore, this means life on earth came from a ‘who’ instead of a ‘what.’” Walter Bradley, professor and author of The Mystery of Life’s Origin

“You, God, created my inmost being. I praise you because I am fearfully and wonderfully made. Your works are wonderful. I know that full well.” Psalm 139:13-14

But some scientists aren’t willing to even accept the possibility that there is an intelligent designer.

There’s a picture of two hand puppets talking to each other. One puppet says, “I don’t know. Sometimes I question whether there really is a hand.” How can people look at the handiwork of nature and not see God behind it? And yet I know there are smart people out there, intelligent well-meaning people, who don’t see God there.  Why?

One answer is that some people rule out the mere possibility of God at the outset.

Remember Dr. George Wald, the Nobel Prize-winning Harvard biochemist quoted in the last post? He’s the guy who said that he’s absolutely convinced that it is impossible for life to have been spontaneously created from non-life. Said it’s impossible.

But listen to rest of his quote. He said, “That leads us only to one other conclusion, that of supernatural creation. But,” he said, “we cannot accept that on philosophical grounds. Therefore, we choose to believe the impossible, that life arose spontaneously by chance.”

Here is a brilliant scientist saying he chooses to believe the impossible. Why? Not based on science, but because he says he has a philosophy that will not accept the possibility of a divine creator, no matter how much evidence is provided. So he takes a blind leap of faith by continuing to believe what he himself acknowledges to be unbelievable.

I hope that you won’t make that mistake.

Don’t close your mind to the clear implications of the evidence that you are fearfully and  wonderfully made, not by some combination of chance plus time over millions of years, but by a loving God who has made you in his very image and who stands there with his arms open wide and who beckons you to Him. Don’t shut your mind to that conclusion which is so well-supported by the evidence.

Rather be like Rex Sandage. Rex Sandage was one the leading observation cosmologists in the world and one of the most influential astronomers of the 20th century.[5  He’s the one-time protégée of Edward Hubble. He spent his life quantifying the expanse of the universe and finding quasars and other solar systems, staring up into the most powerful telescopes on planet Earth. That’s what he did his entire life. He stood up in a conference in Dallas, Texas, on science and faith. Everyone pretty much knew he was an atheist. He had been an atheist and had been pretty public in his life. He stood up, and they all knew which side of the deal he would fall on as he spoke. Yet in a talk on the Big Bang, Rex Sandage said at the age of fifty he had come to believe in God, and he had become a Christian. A bang that was big went across the room. Here is what he said afterwards as he talked with a reporter: “It  was my science that drove me to the conclusion that the world is much more complicated than can be explained by science. It was only through the supernatural that I came to understand the mystery of existence.” The leading observation cosmologist in the world, through his exploration of the order of the universe, stars, galaxies, and all of that was eventually driven to the conclusion that an intelligent designer must have created it all.

I believe that “God created the heavens and the earth.”  Do you?

Other Sources:  The Case for a Creator, Lee Strobel

Lead Pastor of Upwards Church: Leander & Jarrell, TX
View all posts by dkoop →
This entry was posted in In the Beginning (Genesis) and tagged creation, DNA, Genesis. Bookmark the permalink.

3 Responses to The Wonder of DNA