3 Things to Let Go of for a Successful Marriage 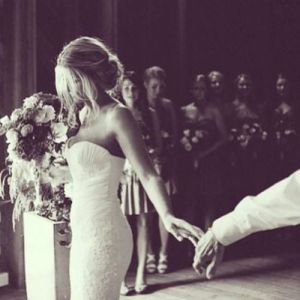 I want to share you three things from Genesis 2 that we need to let go if we’re going to have the exciting, fulfilling and happy marriage that God always meant for us to have in the first place.

3 Things We Must Let Go:

“For this reason a man will leave his father and mother.”  We need to leave or let go of our parents.  This is referring to more than geography or moving out of the house.

In Jewish culture during Biblical times, when a couple got married they would usually built a room of the side of the man’s father’s house.  Or build across from a courtyard.  Genesis is referring to leaving psychologically.  Leaving literally means to break your dependence.  It’s to cut the emotional umbilical cord.  Your relationship to your parents changes the moment you’re married. No doubt about it.  God says it.

A brand new baby cannot live if the cord is not cut from the mother.  A marriage cannot make it if you don’t psychologically leave your parents.

We can live next door to your parents and see them everyday and be psychologically independent.  Or they can live 3000 miles away on the other side of the country and be dependent upon them.

When Niki was in Physical Therapy School her last semester and right before we got married she had an affiliation at Brackenridge here in Austin and moved in with her parents.  We they really butted heads.  She was an adult, so she thought and felt her mom and Dad were treating her like a child.  She said when we got married, “Your stuck with me because I’m not moving back in with them!”  I’m so grateful because she didn’t have any place to go when we have had hard times and it forced us to work it out!  It forced us to work on our problems.

What is God saying?  He’s saying that your partner should not have to compete with your parents.  It’s unrealistic.  It puts all kinds of pressure on a marriage and it makes wives feel insecure and it makes husbands feel inadequate.  So let go of parents.

Before couples get married I try to get them talking about these things because we do this without even thinking.  We have expectations based on our own parents that will let us down.

For instance I will say to the husband to be: “So what was a typical Saturday at your house growing up?”  “Well Mom would make Bacon, Eggs and Pancakes then me and dad would sit around all day and watch sports!”  “Cool.”  “Well wife to be, are you going to get up and make a hot breakfast?”  “Heck no!  If he wants a hot breakfast, he can light his corn flakes on fire!”

To the wife to be, “Tell me about Saturday s at your house.”  “Well dad would get up, mow the grass and change the oil in all the vehicles and mom and I would go shopping!”   Husband to be here is mechanically challenged,  he forgets that the car even needs oil.   See the problems?   All based on expectations we learned from parents.

You didn’t marry your Dad.  Thank goodness! You husband is different.  Adam and Eve had an ideal marriage, because they had no in-laws!

Here are two major signs you are too psychologically dependent on your parents:

Here’s the second thing to let go of…

I was really stupid about this and didn’t even realize it.  I am a history buff and could watch the History channel all day. I’m also a history person about my family and myself.  I keep letters and cards.  Like an idiot, I had kept love letters from past girlfriends.  Niki said, “if you don’t get rid of that history our relationship will be history!”

Contrary to Willie Nelson and Julio Iglesias song, forget “all the girls you’ve loved before!”  Let go of them.  They are gone.  It’s out of the way.  Focus on this relationship. If you don’t let go of other people, you will fall into the trap of comparison.  Old relationships all of a sudden start looking better.  When things start going wrong in your marriage you start thinking, “If only he/she were like…”  “If only I hadn’t broken off that relationship.  Maybe I should have married that person.” We have selective forgetting and we tend to forget the problems in those relationships and why we ended them in the first place.

This is the “Grass is Greener Myth.”  When you’re over here, the grass is seems greener over there.  Frank Freed said, “The grass is greener where you water it!”

Stop comparing and start cultivating. Stop comparing your mate to everybody else — water your own relationship and watch it grow, watch it develop, watch it expand and become all that God wants it to be.

Marriage is an exclusive relationship.  It takes priority over everything else except your relationship to God.  . Other relationships must take second place, even ones in the past.

The third thing to let go of

Marriage is going to have enough problems on its own.

Most people are totally unaware of the excess baggage they bring into a relationship when they get married.

There are two kinds of past problems you don’t need to hold onto.  You need to let go of them because you surely don’t need to wreck your relationship on things that happened in the past.

Let go of grudges.  Don’t allow people who’ve hurt you in your past to hurt you today.

Unresolved anger that we carry into a marriage from the past, we tend to take out on our spouses, whether it’s their fault or not. We have all this anger against a relationship or situation or person or parent that was built up and maybe we don’t express it at the time and so we carry it into our relationship and take it out on an unsuspecting bride or husband.  We emotionally vomit on them.  And they say, “What did I do?”

One little thing can make them so mad.  It wasn’t that one thing but in their mind they’re thinking (and if you’ve ever thought this sentence it means there’s some resentment in your life that you have not cleared up) “You are just like…”  It’s means you’re carrying it into today’s relationship. Let go of that problem or person from the past

Let go of guilt.  Many marriages die from secret guilt.  “If my spouse ever found out I would die!”  So as a result, I build a wall to prevent my mate from knowing me because they might just find out that secret skeleton in the closet.  I never let them get close.

Guilt destroys marriages.  It ruins openness.  It damages trust. It kills intimacy.  It destroys your sex life.  Guilt does all kinds of terrible things.  I meet people all the time who are torturing themselves and their marriage for things that even happened before they were married.  And that’s not fair to your spouse.

All of a sudden we feel clean again and can enjoy the relationship.  Don’t let the past manipulate the present.

No good marriages happen without forgiveness.  It’s one of the essentials of a good marriage.  You must constantly be forgiving. Why?  Because we hurt each other.  Sometimes intentionally, sometimes unintentionally. But we still need to forgive.  Forgiveness is the way you let go.

The three things to let go of for a successful marriage:  Let go of your parents.  Let go of other people.  And let go of the problems in your past.