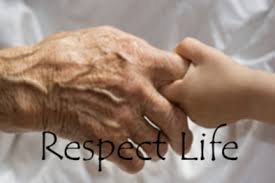 Have you ever seen the Ten Commandments posted on a display or wall?  Niki and I have a Ten Commandments wall hanging that someone gave us as a gift. They probably thought we needed to follow them better!  VI reads “Thou shalt not kill.” This is from the King James Version.  Thou?  King James causes my spell check to go crazy!  Now I’m not down on the King James Version because that translation was used by my parents and grandparents and theirs before them.  This version has helped many people, me included.  I must point out that like any translation, there are strengths and weaknesses.   One weakness of the KJV Bible is the way that it translates Exodus 20: 13.  “Thou shalt not KILL.”   This overarching word “kill” has caused much confusion.  We take it to mean “kill” anything.  Hebrew is considered a relatively primitive language.  Even as primitive as it is, the Hebrews had a word for murder, (this is the word used here in Exodus 20:13.) An accurate translation would be, “You shall not MURDER,” which we find in the NIV. Hebrews had a word for murder, they had a word for killing animals for food, killing animals for sacrifice, and for capital punishment.  So the Hebrew language is not the one to blame here it is the King James English translation.

Murder According To The Bible

What Is Not Considered Murder

“Everything that lives and moves will be food for you.  Just as I gave you the green plants, I now give you everything.” Gen. 9:3

You can be a vegetarian.  But be honest enough to be for personal reasons not Biblical reasons.  You have no biblical basis.  We have recorded that Jesus ate fish and that he ate the Passover meal, which included lamb.

“Everyone must submit himself to the governing authorities, for there is no authority except that which God has established… He is God’s servant, an agent of wrath to bring punishment on the wrongdoer.”  Rom 13:1-5

That is, you have to provide indisputable evidence that the accused is actually guilty. You can’t just say, “I know he’s guilty, just kill him!” In our country, a person won’t be pronounced guilty if there is even a “reasonable doubt” he’s innocent.

Vigilantes are rarely as generous. Nor do they seek any evidence beyond their own opinions. No one should be put to death on the basis of someone’s opinion, but only on the basis of proven facts.

Due process is an effort to guarantee that only the truly guilty will be punished. Which is another difference between vigilantes and what God intended as a justice system within the government.

The Bible contains very careful guidelines for the legal system:

(19:15) We see it also in the requirement for more than one witness to establish guilt, and in the (19:16-21)  penalty for perjury It is better to let a guilty man escape punishment for lack of conclusive evidence than to take a chance that an innocent man might be wrongly condemned.

We have a similar legal system as well.   Let’s look specifically at one example of a vigilante verses our legal system: On April 19th 1995, Timothy McVeigh blew up the Alfred P. Murrah Federal Building in Oklahoma City. 168 people died in that blast, including 19 children.

McVeigh murdered 168 people. He believed he was fighting for justice. He thought the U.S. government had taken the lives of innocent people in Waco, TX.  And whether or not he was right about that, he didn’t have the right to take vengeance.   Not only did he not have the right as an individual, but there was no due process. No one went on trial. No evidence was brought forth. And it was not the guilty who were punished, but the innocent.

Whatever our government did right or wrong in Waco or anywhere else, 19 children in daycare shouldn’t be killed for it. Not to mention others who had nothing to do with what happened there.

Timothy McVeigh murdered the people in the Murrah Federal Building. But he himself was not murdered. He was brought to justice by the government, who had a right to do so. Massive evidence was presented. Due process was observed. He was punished as the  actual perpetrator of the act, not just someone who had the same skin color or was associated in some other equally insignificant way.

For someone to be put to death, there needs to be:

“Then some soldiers asked him, “And what should we do?” He replied, “Don’t extort money and don’t accuse people falsely– be content with your pay.” Luke 3:14

John could have said, “get out of the military,” but he didn’t. A foreign country occupied Israel when the NT was written.  They were in a struggle, 63 BC they were invaded, 70 AD the Jews revolted.  Jesus, Paul and the other New Testament writers never spoke against soldiers or the government’s responsibility to maintain order.  Jesus healed a centurion’s servant,  a Captain over 100 men.  He told the people to carry a soldier’s pack not 1 mile but two.  He used war in a parable.

Now enough of what this command DOESN’T say….what DOES it say? What message or principle is God trying to get across to us in this text?

What is murder?: Suicide, homicide, genocide, infanticide/abortion and euthanasia.

“All the days ordained for me were written in your book before one of them came to be.  Ps 139:16’

More and more people these days say that, if life becomes too difficult to live they should be allowed to end it all through euthanasia.

“You have heard that it was said, ‘Do not murder, and anyone who murders will be subject to judgment.’ But I tell you anyone who is angry with a brother or sister (without cause)… Matt 5:21-22

So I have broken this commandment and I’m there has been a time when we all have.  We are all murderers deep down inside. We are lot like the Pharisees of Jesus’ day in that we would rather deal with externals but Jesus is not satisfied with that. He wants to deal with INTERNAL things. He wants to talk about what is happening in our hearts. He knows that long before I would murder someone, I would begin the process with my thoughts.

I read this week that the majority of the Bible was written by murderers.   Moses wrote the first five books of the OT, all the law was given by a murderer.  The one wrote you shall not murder, had in his past.

David a murderer wrote the book of Psalms.  Paul who wrote 2/3rd’s of the NT was murderer!

So the lawgiver the worship leader and the apostle were all killers in their past.  But look what God can do in these people’s lives!  God can do that with you.