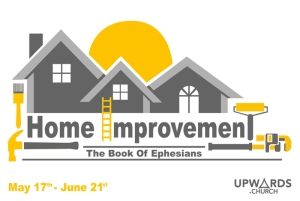 A woman was talking to her friend and said, “In our marriage I make all the minor decisions an my husband makes all the major ones.”  The friend asked, “what decisions do you make?”  “I decide how we spend our money, when we get a new car or furniture, where we shop, where we eat, where the kids go to school…”  Well, said the friend, “What kind of decisions does your husband make?”  “Real important ones like, who should be the next president or who should win the Super Bowl or the World Series.”

Most of the problems in marriage can be traced to one thing: control.  The majority of arguments between husbands and wives have to do with disagreements over who will get their way.

Today we will look at solution to the problems that come with control issues in marriage it is Ephesians 5.   We are given God’s original blueprint—which contains a way for husbands and wives to move beyond power struggles by embracing a proper understanding of Biblical Submission.

This particular text can be very difficult to understand. In fact, these verses in Ephesians 5 have caused so much disagreement that many people ignore them all together. That little six-letter word—submit—is one of the most disliked, and divisive words in the Bible.

I believe we have to come to a proper understanding of this troublesome word if our marriages are to bring us the joy God intends. We simply must understand this word if we are to understand His blueprint!

Submission, what is it?  Here’s the definition: “A Greek military term meaning “to arrange [troop divisions] in a military fashion under the command of a leader”. In non-military use, it was “a voluntary attitude of giving in, cooperating, assuming responsibility, and carrying a burden”.” So the word, in its original context, means voluntarily giving in, and cooperating.
So Paul’s instruction, then, is that husbands and wives should voluntarily give in and cooperate with each other.

Notice what Paul doesn’t say: he doesn’t use the word “obey,” which he does use for children and slaves in the next chapter. That word is stronger; there isn’t the same idea of it being voluntary. Though it may be a small point, I believe it is significant and demonstrates that Paul recognizes that the marriage relationship is one of equality.

Many times we fail to understand this text and apply it to our marriages because we begin at verse 22 instead of verse 21 where Paul plainly says to BOTH husband and wife,

Ephesians 5:21  “Submit to one another out of reverence for Christ.”  (NIV)

Ephesians 5:21  “Out of respect for Christ, be courteously reverent to one another.”  (Msg)

It’s up to BOTH partners in marriage to give & sacrifice!

The attitude is that of Christ who gave His all for us!

One young man saw an elderly couple sitting down to lunch at McDonald’s. He noted that they had ordered one meal, & an extra cup. He watched, the older man carefully divide the hamburger in half, then counted out the fries, one for him, one for her, until each had half of them. Then the old man poured half of the soft drink into the cup & set that in front of his wife. The man then began to eat, & his wife sat, watching, with her hands folded in her lap. The young man decided to ask if they would allow him to purchase another meal for them so that they didn’t have to split theirs. The old guy said, “Oh, no. We’ve been married 50 years, & everything has always been & will always be shared.” The young man then asked the wife if she was going to eat, & she replied, “Not yet. It’s his turn with the teeth.”

We are to both share in submitting.  It should be a give and take.  Not give and give by one partner and take and take by the other.

In our house, everything is not my way and everything is not Niki’s way.  If it was my way, we would vacuum once a year instead of once a week.  If it was my way we wouldn’t buy new furniture, we’d keep what we have.  When we got married I had an orange velvet paisley couch.  I thought we should keep it for our new home.  Niki said, I love you but no!  I found out with new furniture, “Hey this isn’t so bad, when I sit down my knees no longer touch my chin” or “wow, this new recliner is nice”  If things were Niki’s way we would have the minimal yard and landscaping and it would probably be dead.  She has found out that, “yeah, the yard is where we spend a lot of time, it does draw people outside when it’s nicely done, it does raise the value of our home.”  Our last home sold quickly and the reason given was because they liked the yard.  So we both learn to cooperate with one another and neither one of us controls every aspect of our family and we both benefit.

It doesn’t say, “Husbands, tell your wives to submit” — or, “Wives, tell your husband to love you like Christ.”   If you use this verse like a club it will be used against you.  In fact verse 22 is none of your business husbands, it is directed to the wife.  You will have enough to worry about by focusing on verses 25-33!

Here what the wives are to do…

Wives are to relate to their husbands in light of their relationship to Jesus.

Ephesians 5:22  “Wives, understand and support your husbands in ways that show your support for Christ.”   (Msg)

Wives are to treat their husbands as Jesus would want them to treat them. I mean, a godly wife should constantly be asking herself, “What would Jesus do?”

A question that might be on your mind,  “do I cooperate with my husband if he is doing something immoral or sinful?  Do I submit and go along?”  No, nowhere in the bible are we told to cooperate with sin or go along with wrongdoing.  We are also told to cooperate or “submit to governing authorities”  (Romans 13) however we see that when the government tells us to do something that is contrary to scripture, God does not want us to disobey him to follow the government.  For example:  Shad-rack, Me-shack, and Abednego, in the book of Daniel where aids to the king of Babylon, the king made a golden statue and said to everyone to bow down and worship it.  They said, no and the king said, then I’ll throw you into a fiery furnace, they said, fine.  The king did and God protected them.  The same thing happened to Daniel, a law was passed, “no one is to pray”   This didn’t stop Daniel, he prayed and because he broke the law was thrown into a Lion’s den, again God protected him.  We see this in the New Testament in Acts 6, the disciples are taken before the Sanhedrin who tell them, “do not teach about Christ”  They replied it is better to obey God than you.

So in a marriage, submission is not going along with something that is wrong, it is not enduring abuse.   This is not submission.  Submission is choosing to meet the needs of your spouse, to show love to be Christ like, to be supportive.  This is submission.

To husbands, now, wives, if you are uncomfortable with Paul’s instructions to you, relax: what he calls husbands to is worse.  We will look at that in the next post.