In the last post we covered “acknowledging our anger” and “dealing with our anger”, now the third way to defuse anger:

Look at verse 29 where it says, “Do not let any unwholesome talk come out of your mouths, but only what is helpful for building others up according to their needs.”Verse 32 adds to this, saying, “Be kind and compassionate to one another. ”

U.S. News And World Report cites a 20-year study of 2,000 married couples, in which researchers have uncovered another predictive factor in determining which couples will stay married for the long haul. The study showed that if you want to have a marathon marriage, then you need to work at maintaining a 5-to-1 ratio of positive to negative comments. Kind, positive interactions like complimenting, smiling, and touching must outnumber negative comments like sarcasm or put-downs by a ration of 5-to-1. So for every negative, hurtful, discouraging thing you say to your spouse, you should say five loving, helpful, encouraging things. You must be kind far more than you are unkind.

Now, let me break this down for us and give us a few examples of what I mean by “be kind”.

An elderly man lay in a hospital with his wife of 55 years sitting at his bedside. “Is that you, Ethel, at my side again?” he whispered. “Yes, dear,” she answered. He softly said to her, “Remember years ago when I was in the Veteran’s Hospital? You were with me then. You were with me when we lost everything in the fire. And Ethel, when we were poor-you stuck with me then too.” The man sighed and said, “I tell you Ethel, you are bad luck!”

I say this because statements like this are always false, never true. Generalizing like this encourages the conflict to continue and even fan it up to the next level. Plus these words are anything but kind.

And the best way to do this is to use “I messages” instead of “you messages.” When you say, “I feel, such and such a way,”  we are being less inflammatory. We’re not judging or accusing.  We’re owning your own feelings. Plus we are opening the door for further discussion and practical problem solving. For example, “I feel overwhelmed by household responsibilities,” is much better than saying “You never help me around the house.” So, express hurt not blame.

In other words, don’t fight in front of other people. Think of it like this. You don’t bring your dirty laundry to church to wash it out do you? You don’t bring it to social gatherings do you? No, of course not. You put your dirty laundry where it belongs. You deal with it in your laundry room. Well, the same principle applies to marital conflict. Keep it to yourself! I don’t want to sound too much like a parent but the fact is, it’s rude to fight in public! Plus with this kind of childish behavior you humiliate each other-a very unkind thing to do-and you make reconciliation next to impossible. And if that weren’t enough, you divide the church as people who witness your disputes take sides. So don’t fight in public! Unless it is a case of abuse, keep your disagreements to yourselves.

All these tips sum up to a very important skill for dealing with conflict-be kind-because, as the anonymous poet put it:

“A careless word may kindle strife; A cruel word may wreck a life;

A bitter word may hate instill; A brutal word may smite and kill;

A timely word may lessen stress; A loving word may heal and bless.”

Remember, we transform our spouses by simply loving them enough to treat them with respect and courtesy.

As Paul says in verse 32, “forgive each other, just as in Christ God forgave you.”

Forgiveness is not a feeling. It is an act of the will. It’s saying, “I love you-and I value our marriage. Our relationship is important to me. I draw strength from it so I want it to be healthy. I want it to glorify God, so I choose to forgive you!” Forgiveness is not easy. It goes against our sinful nature. Love is a lot of work!

We must learn to do the hard work of forgiving and forgetting. 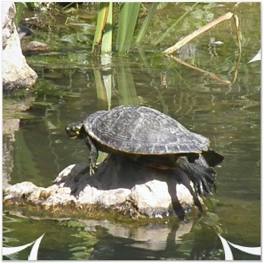 Too many of us as spouses have memories that are too good! We say we forgive-but what we really do is remember our spouse’s shortcomings and bring them up again when we want to. We won’t succeed in marriage with that kind of memory. No. To have the kind of relationship that God intends, both spouses must develop the ability to forgive, and let go with Jesus help.