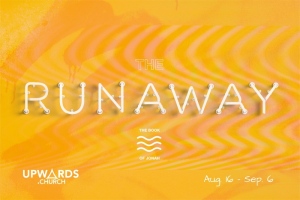 Repentance is an important biblical word that we don’t talk about enough.  What does repentance look like?  We will see in this chapter.

When we follow Jonah’s example and give people GOD’S word instead of our own. When we obediently speak what He wishes, whether we are sharing our faith or teaching then amazing things happen. As God promises in Isaiah 55:11,

My word will not return to Me empty, but will accomplish what I desire and achieve the purpose for which I sent it.

And that is what happened in Nineveh.

4  On the first day, Jonah started into the city. He proclaimed: “Forty more days and Nineveh will be overturned.”  5  The Ninevites believed God….Jonah 3:4-5a (NIV)

They heard God speaking through this reluctant and somewhat self-righteous prophet. In this little phrase, they believed God, (Jonah 3:5) the Hebrew text makes it clear that the Ninevites personally trusted God. Theirs was a response of faith. The exact same phrase is used in Exodus 14 to describe Israel’s response of faith for what God had done to release them from Egyptian bondage. It is also used in Genesis 15:6 to describe Abraham’s faith in God.  These people heard God speak to them through this little message.

This shows that when we are obedient; when we make good on our vows to God, like Jonah, we become vessels filled with God’s power and when you are powered by God nothing is impossible.

As II Corinthians 3:5 says, We are not competent in ourselves to claim anything for ourselves, but our competence comes from God. The truth of this text was clearly seen in Jonah’s experience because God used this short message to stir the entire population of the greater Nineveh area, from the king on the throne to the lowest person in the field. They were given 40 days but didn’t need that long to repent. The entire city responded to God’s message very quickly.  The greatest thrill of being a pastor are those moments when I feel God’s power.  Those times I know that the things I say do not come from me, but from God.  And I want you to know that God doesn’t just empower pastors to speak. He empowers all of His servants! I encourage you to try it. When He gives you an assignment like He gave Jonah, accept it. Let God speak through you!

Jonah’s message also helped him to understand that there was an urgency in his task.

Those people needed the Lord. They urgently needed to hear the message God had given him.  They may have looked mighty and powerful and self-sufficient but at this point in their history the people of Nineveh were having some real tough times. History tells us that they had recently suffered two plagues that had killed thousands and that they had gone through a total solar eclipse, a very frightening thing to people who did not understand that kind of natural phenomena. Plus, Babylon was rising in power at this time, as were other nations that bordered Assyria which meant the Ninevites faced potential war on four fronts. For these and other reasons these people were hungry for help from above. They were ripe for repentance. So when they heard Jonah say, “Forty more days and Nineveh will be overturned,” ears would have perked up. People would have stopped what they were doing and listened intently!

In the ancient Near East the phrase forty days would have had religious significance. The number forty always suggested a time of waiting for divine activity. Think of some of the instances in the Old Testament when this was true: Israel wandered in the wilderness forty years…during the flood it rained forty days. Jesus prayed in the wilderness forty days before his ministry and remained on earth forty days after His resurrection. So when the Ninevites heard that in forty days something was going to happen it was like a trumpet blast of warning: There is danger coming and you better pay attention. It also inferred that this time period was a time in which God gave the people to repent which is what the King understood the message to say. In verse 9 he urged his people to repent of their sin saying, “Who knows? God may yet relent and with compassion turn from His fierce anger so that we will not perish.”

As Jonah watched those people both listen and respond he must have seen that no matter how together a person seems to have it, no matter how depraved they seem, they still need God. And you and I need to glean this from Jonah’s experience as well and remember that regardless of exterior appearances, all people need the Lord. As Philip Yancey says,

We must ask God to give us ‘grace-healed eyes’ so that we see even people who offend us not just as immoral people but as THIRSTY people, like the Samaritan woman at the well.

All people desperately need the Lord we know and love and serve. A life insurance salesman was talking to a customer about a policy. When he finished his presentation, he said, “I believe this is important, but I don’t want to force it on you. Every fifteen seconds someone dies in our country.  Go home and sleep on it tonight. And IF you wake up in the morning, give me a call.” There was more truth than humor to that approach. Some people will not wake up in the morning. And the Bible says that if a person dies without Christ, they face the reality of an eternity of separation from God. We must never forget that people need to hear the message of love God has commissioned all Christians to share.

We learn a lot about what repentance looks like in the way the people responded to his message.

2. Calling on God in Prayer Jonah 3:8a “Let everyone call urgently on God.    In seminary I had to take a course called Missiology, where we studied missionaries, missionary movements and revival.   We learned that very major revival and movement of God involves prayer.   It also reminds me of a similar passage where God himself says:  “If My people, who are called by My name, will humble themselves and pray and seek My face and turn from their wicked ways, then I will hear from heaven, and I will forgive their sin and will heal their land.” (2 Chron. 7:14)

3. Admitting Wrongs and Changing Behavior  Jonah 3:8b   “Let them give up their evil ways and their violence.”

These people who were known for their wickedness were now asked to stop living that way. And in a nutshell that is what repentance looks like. For us to experience God’s forgiveness and restoration we must humbly agree with Him that what we have been doing is wrong. And we must turn completely from doing it.

Repentance is not like the person who sent the IRS a check for $150 with the remark, If I can’t sleep, I’ll send you the rest. No it is a complete turning from sin.

I say this because since the people responded to Jonah’s message by repenting, God relented. He changed His plans. No fire or brimstone fell on this Sodom-like city after all. God pulled back His hand of judgment. Now, many people think this conflicts with Scripture like James chapter 1 where it says that, God does not change like shifting shadows. But understand God did not change. He has always hated sin and always loved sinners. As I said earlier He longs to forgive us when we repent. In Jeremiah 18:7-8 God says, If at any time I announce that a nation or kingdom is to be uprooted, torn down, and destroyed, and if that nation I warned repents of its evil, then I will relent and not inflict on it the disaster I had planned.

So, God did not change. The Ninevites did. They heard God’s word spoken by Jonah and then repented and aligned themselves with God and He responded to their repentance in line with His character.  What about us?  Will we change as the people of Nineveh did?

Jesus said in Matt 12:41 41 “The men of Nineveh will stand up at the judgment with this generation and condemn it; for they repented at the preaching of Jonah, and now one greater than Jonah is here.”

Like Jonah we gleaned a great deal of wisdom from his short message. We learned that God can use our tough times in a powerful way. We discovered that success in being God’s representatives is due to His power and not our own. Jonah saw that people need to hear from God. He also witnessed a great example of true repentance or belief and realized that it is possible for our change to affect God to change his plans.

What have you learned from Jonah’s short message? Has God spoken to YOU personally? Has He called you to share His word with a lost friend or neighbor or co-worker?  Has God convicted you of some sin…some act of disobedience…calling you to true belief or life change? Have you realized how much you need God in your life?

In the next post we will see that God is patient with us.

5 Responses to What Does Repentance Look Like? – Jonah 3 – Part 2